Sell My Car, Truck or SUV for Cash in Angola, IN 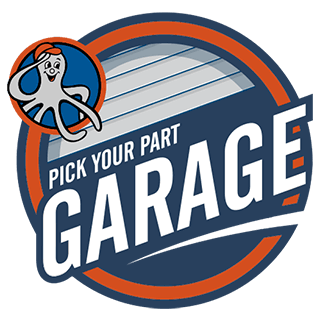 Be the first to know when parts for you become available. Create your account, build your vehicle list, and receive real-time alerts.

Broken Down or On the Fritz — We Buy Cars Near Angola, IN

No matter if your car is no longer working thanks to years of wear and tear or a terrible wreck — we love cars like yours, and we’ll give you a fat check payout for yours! Whether you're looking to get cash for your vehicle near Angola or you need to get rid of your old favorite vehicle, LKQ Pick Your Part is here for you! At our local Angola-area junkyard, we’re dedicated to collecting vehicles of every shape and size — old, smashed, or any condition in between.

Regardless of the vehicle's condition, we buy every make and model out there. Need to get cash for your vehicle near Angola? That’s where we come in! We love classic cars, convertibles, minivans, luxury cars — if you have it, we want it. Wanting to sell your truck near Angola? At our local salvage yard, we'll give you a great quote for your pickup. Do you want to sell your SUV near Angola? We want it — snack-crusted minivans and compact crossovers, too. Get rolling today with an online quote to learn how much your vehicle is worth!

The Best Way to Get Rid of Your Old Car in Angola, IN

Do you look at the car falling apart in your driveway and wonder, "Who would WANT to buy this old bucket of bolts?” LKQ Pick Your Part near Angola! Why? Well, we believe it’s important for car recycling to be straightforward — and rewarding! Begin with a fast quote online. Fill out our online form or chat with one of our team members who will create a free quote for your automobile. After verifying your information, we pick up and inspect your vehicle. Next, we pay for your car! Our proven process is smooth, fast, and direct. The end goal? Satisfy sellers while salvaging as many cars as we possibly can.

What Happens to Your Car at the Salvage Yard Near Angola?

Like they say, one man’s loss is another man’s gain. After buying your used car in Angola, we get to work identifying every single part someone else could use. After all, you’ll find usable parts hidden under every hood and in every wheel well. Whether your vehicle is in working condition or not, there’s value no matter how many dings and dents your junker has.

We start by draining the fluids in the car and collecting the oil and gas to be recycled. Then we systematically organize the cars in our automotive salvage yards by size and type. Finally, we help people locate and buy used car parts from our Angola-area salvage yard. Folks are welcome to bring along tools and remove the parts they want to keep! As part of our mission, LKQ Pick Your Part is dedicated to offering discount priced, scrap car parts to do-it-yourselfers looking to save big on auto parts.

Find Used Car Parts Near Angola, IN at LKQ Pick Your Part

Looking to save money on auto repairs? You know replacing your own car parts can give you a sense of pride and help save you cash. Why pay someone to replace a part when you have the knowledge and skills to do the job yourself? Fortunately, when finding original, used car parts near Angola, LKQ Pick Your Part is here to save you time and money. Visit our Angola-area automotive salvage yard and shop our expansive catalog of car parts scrapped from used vehicles. Our experienced representatives can assist you in finding what you need. Bring your own tools and get ready to remove the parts you need from old vehicles! The best part about our self-service yard is that every car part is already priced — that way you know how much you owe at the register. Visit the Angola-area LKQ Pick Your Part for your next automotive project!