Recycle Your Car in Bloomington, CA for Cash

Where Can I Recycle My Car for Cash in Bloomington, California? 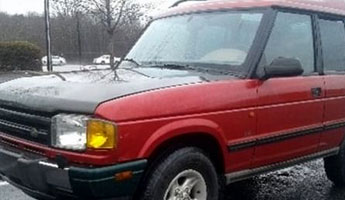 Do you want to make money while saving the planet? If you have an obsolete, crashed, or overly high maintenance vehicle, selling it to a recycling center near you in Bloomington, California is a budget- and eco-friendly solution. we purchase all sorts of new, previously owned, and totaled cars every week and give them a second (or fifth) chance by recycling their parts, fluids, and metals according to Bloomington laws, giving other drivers a chance to purchase the parts, and flattening their scrap metal for reuse! It’s the convenient way to make money off your old truck or car in Bloomington, California, even if it doesn’t start anymore. Fill out the form now to get an estimate on how much we’ll pay for your old vehicle in Bloomington and schedule a tow-away service. Sell Your Car

Is Recycling Your Car for Cash in Bloomington Worth It?

Recycling everything from junked vans to dated convertibles in Bloomington, California isn’t only good for your wallet, it’s good for our world, too. When you sell your old car to us for recycling, we inspect it for any reusable or recyclable parts and pay you based on their value. Then, we sell the salvageable parts to other drivers who need them to make car repairs and want to do so affordably. Any parts that aren’t usable, we recycle them according to California environmental standards, helping minimize the impact of tires in landfills and draining old fluids into waterways. After everything but the metal has been taken from the old car, our car recycling center in Bloomington crushes or shreds the scrap metal into microwave-sized cubes. Then, we ship the scrap metal to manufacturers of cans, industrial appliances, and even other cars!

How Does Recycling a Vehicle in Bloomington Work?